The first set of exclusive photos from “Hernan,” the much-anticipated conquistador mega series starring Oscar Jaenada, is out.

The entire series drops on Amazon Prime Video Spain and Latin America on Nov. 21. Talks are still underway in other territories where Amazon Prime is present. The History Channel Latin America will air two episodes a week from Friday Nov. 22 across the region.

Touted as the most expensive Hispanic series ever made, ‘Hernan’ is produced by Mexico’s Dopamine, a Salinas Group unit, in collaboration with Spain’s Onza Entertainment.

The eight-episode series marks the 500th Anniversary of Spanish conquistador Hernan Cortes’ arrival in Mexico. Set in 1519, the ambitious series turns on the conquest of Mexico by Cortés and his troops, with each episode featuring a key character’s perspective of this tumultuous time in Mexico and Spain’s history. The final episode will feature the conquistador’s own point of view.

The series aims to highlight both the encounter and contrast of these two cultures as well as the human side of Cortes, a skilled diplomat and a military genius who was beloved and despised in equal measure.

“’Hernán’ is a case study for Latin America: it is the largest independent series ever made in the territory under a multiplatform model of simultaneous premieres and promotion,” said Fidela Navarro, CEO of Dopamine. “At Dopamine we bet on our own financing to have editorial independence and to be able to produce it in record time,” she added.

Navarro said that it would be distributed and presented at Mipcom by A + E Networks International, led by Patrick Vien. “We intend to show that Latin America, which in general does not yet cover the cost of this type of series, can also compete on an international level,” she said.

Hernan
CREDIT: DOPAMINE
“Hernan” was shot on massive sets built in Mexico and on location in Extremadura, Spain with special effects by El Ranchito, whose credits include “Game of Thrones.”

Navarro has said that the second season of “Hernan” is in development and will likely start filming by early January. 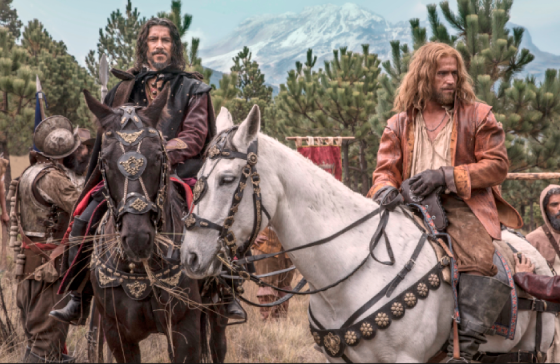